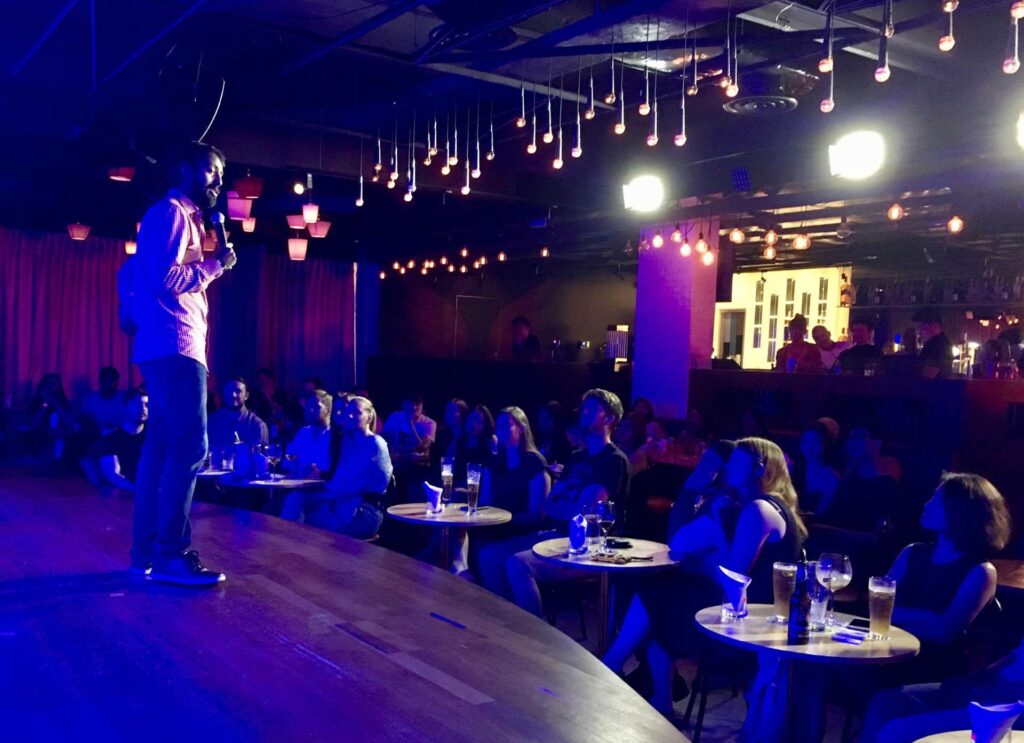 Kritarth Srinivasan is a standup comedian based out of Bangalore.
With over eight years of on stage experience, his comedy has been be well received in all major Indian cities and abroad.

An avid traveler and one among the first comics in Bangalore to have put out his one hour special. Kritarth is a master at cleverly disguising the complexity of any topic and making it sound hilarious, he takes pride in being an engineering drop-out who later went onto become an arts graduate. A confused soul, Brahmin, and a defense brat, Kritarth’s comedy is a combination of all these factors which he brings to life in a rib-tickling fashion on stage
Download Technical Rider
Download Standup Profile